Cambridge, UK, June 21, 2017 – The Spanish Defence Ministry (Ministerio de Defensa) has selected the AUDS counter-UAV system to protect critical assets and personnel from the growing threat posed by malicious unmanned aircraft systems or drones. The contract, awarded through Blighter’s representative in Spain, CIAC, is estimated to be worth around €2million. 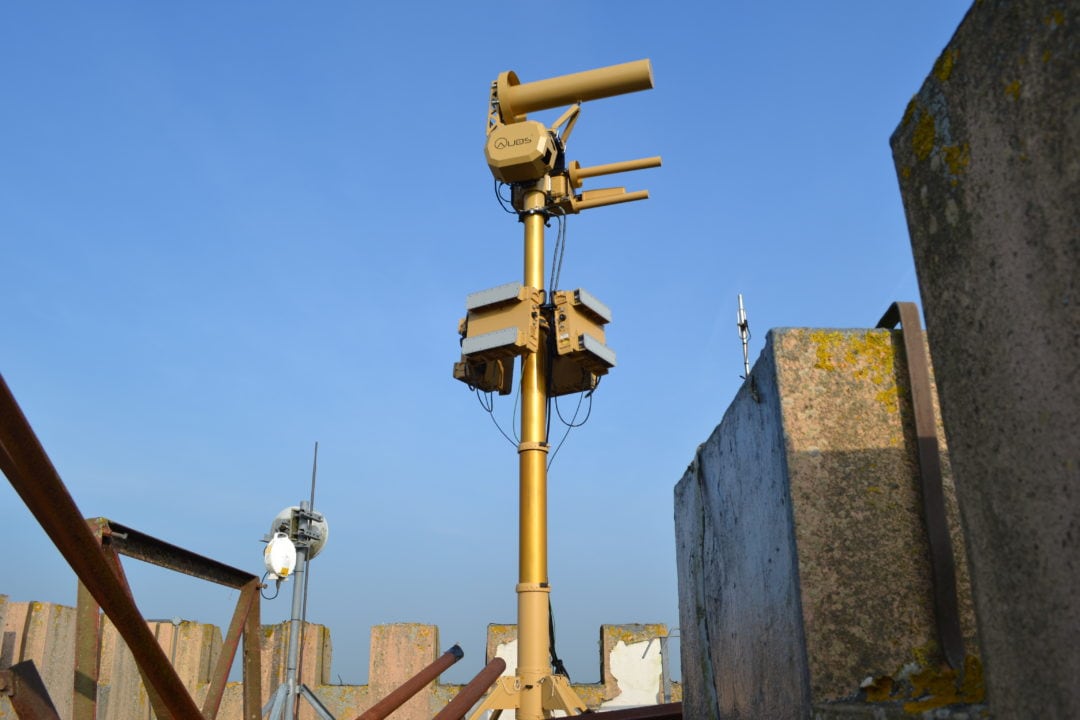 The AUDS detect-track-identify-defeat counter-drone system was developed in 2015 by a consortium of UK defence companies including Blighter Surveillance Systems, Chess Dynamics and Enterprise Control Systems.

The AUDS system is the only mission-deployed fully integrated, military grade counter-UAS system on the market. It was selected by the Spanish Defence Ministry after careful market research and extensive field trials.

Mark Radford, CEO, Blighter Surveillance Systems, said: “We are delighted to have secured yet another sale of our strategic counter-UAV system. This contract with the Spanish military follows the successful mission deployment of multiple AUDS systems by United States’ forces in 2016.

“AUDS is fully developed so we have been able to meet the Spanish Defence Ministry’s rapid delivery timescale,” added Mark Radford, “the systems were shipped in late May 2017 for immediate deployment following operator training.”

The AUDS team has now carried out 1,500+ drone sorties and been tested against 60+ types of drone including fixed wing and quadcopters.

The AUDS system can detect, track, identify and defeat a drone in approximately 15 seconds at a range of up to 10km or six miles. AUDS detects a drone using the electronic scanning micro-Doppler radar, tracks it using precision infrared and daylight cameras and advanced video tracking software before using a non-kinetic radio frequency (RF) inhibitor to defeat the drone.

Using AUDS, the operator can effectively take control of a drone and force a safe landing. The AUDS system is military grade, designed and proven to operate in harsh environments. It works in all weather, day or night and the disruption is flexible, proportional and operator controlled.

AUDS is positioned at the strategic end of the UAS countermeasures market for use by government agencies, the police and military to protect high value critical national infrastructure and personnel or strategically important sites/events. These include nuclear power stations, borders, political, sporting or VIP events, airports and airbases.

For more information about AUDS and other products from Blighter Surveillance Systems, please visit www.blighter.com, telephone +44 1223 491122 or email auds@blighter.com.

High-resolution photographs of the AUDS system are available via the links below: