London, UK, 31 May, 2016 – The world’s first fully integrated detect-track-disrupt-defeat Anti-UAV Defence System (AUDS) – developed by a trio of British companies including Blighter Surveillance Systems, Chess Dynamics and Enterprise Control Systems, and integrated/supported in North America by Liteye Systems Inc. – has been selected by the United States Federal Aviation Administration (FAA) for evaluation at US airports as part of its Pathfinder Programme. 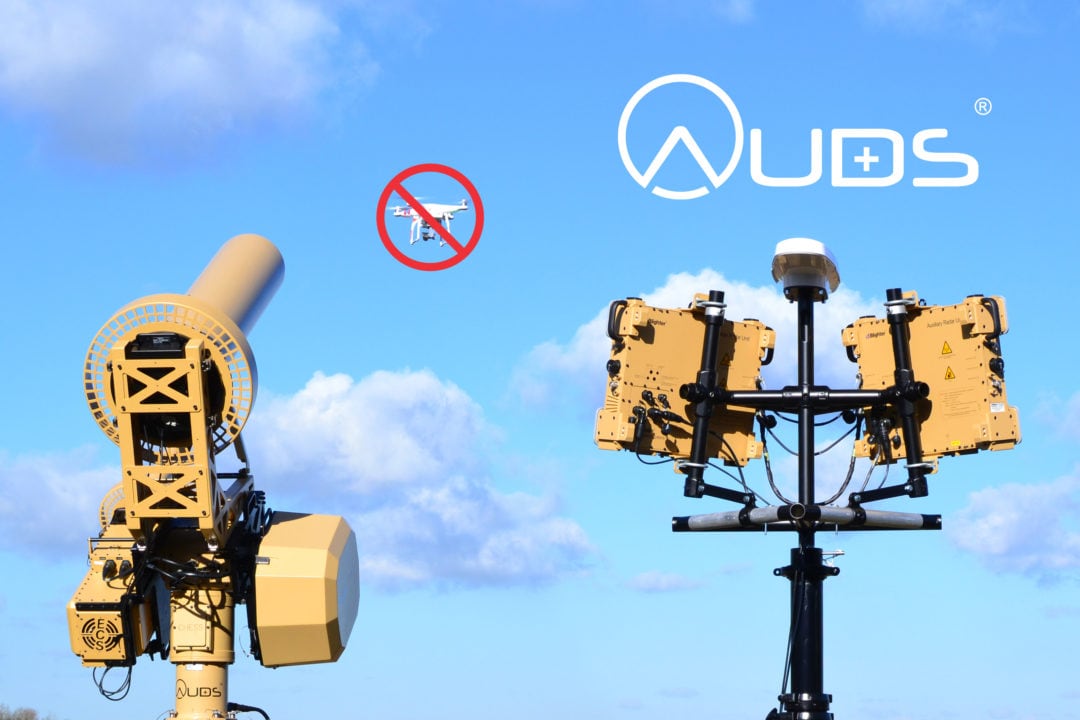 This FAA research programme is designed to evaluate technologies that can be used to detect and identify unauthorised unmanned aerial vehicles (UAVs) or drone flights near airports. To this end, the FAA has signed a Co-operative Research and Development Agreement (CRDA) with Liteye Systems, the AUDS team’s manufacturing and integration partner in North America, to test AUDS at US airports selected by the FAA. (See FAA release – https://www.faa.gov/news/updates/?newsId=85532)

According to the FAA, each month it receives more than 100 reports from pilots and others who spot what appear to be unmanned aircraft flying too close to an airport or manned airplane. It has become a serious safety concern for the agency and a potential security issue for the Department of Homeland Security (DHS).

Mark Radford, speaking for the AUDS team, said, “We are delighted to have been selected for this strategic counter-UAS programme through Liteye. The FAA contacted our team following the success of AUDS at US Government sponsored counter UAV trials at the end of 2015. These trials confirmed that our production system was able to detect, track, disrupt and defeat a wide range of micro, mini and larger unmanned aerial vehicles (UAV) or drones – even on unscripted sorties.”

The AUDS counter-UAV system can detect a drone six miles (10 km) away using electronic scanning radar, track it using precision infrared and daylight cameras and specialist video tracking software before disrupting the flight using an inhibitor to block the radio signals that control it. This detect, track, disrupt, defeat process is very quick and typically takes 8-15 secs. The AUDS team has now carried out over 400 hours of ‘live’ testing in government related trials against more than 400 flown sorties of group 1 UAVs.

“AUDS is able to operate effectively in complex airport environments night and day whatever the weather and without disrupting other airport equipment,” added Mark Radford. “Using AUDS, the operator can effectively take control of a drone and force a safe landing inside or outside the airport perimeter.

“The system can also assist airport authorities to track down the UAV pilots for prosecution by providing evidence (video footage or radar tracks) to the relevant authorities. We can also integrate ‘friendly assets’ into the AUDS platform – for example a ‘friendly’ drone – to extend the threat detection and situational awareness capabilities of the system and to help capture rogue drone pilots.”

The Anti-UAV Defence System (AUDS) integrates the Blighter Surveillance Systems’ A400 Series Ku band electronic scanning air security radar, Chess Dynamics’ stabilised electro-optic director, infrared and daylight cameras and target tracking software, and a directional radio frequency (RF) inhibitor from Enterprise Control Systems to detect, track, classify, disrupt and defeat UAVs at ranges of up to 10km. The AUDS system is even effective against so-called Group 1 micro UAVs at ranges of up to 2km and Group 1 mini UAVs at ranges of several kms.

The AUDS system is designed for countering drones or remotely piloted aircraft systems (RPAS) in remote border areas, at key infrastructure sites such as airports, air fields, nuclear power stations, oil refineries or for protecting political or sporting events in urban areas. It can be operated from fixed locations and from mobile platforms.

The AUDS team is represented by Liteye Systems (www.liteye.com) as its exclusive channel partner for the USA and Canada.

AUDS will be showcased at Eurosatory, the world’s largest international land and air/land defence and security exhibition, taking place from 13-17 June in Paris, France – come and meet the AUDS team on stand KJ657 in the UK Pavilion.

Liteye Systems, Inc. is a leader in surveillance systems for protection of critical infrastructure. Products include radars, covert thermal cameras, tactical displays, and the new AUDS counter UAS system. All of its cutting edge solutions feature revolutionary designs that enable a broad range of military and commercial applications. Headquartered in Centennial Colorado, the company has offices in the UK and representatives worldwide. The AUDS team is represented by Liteye Systems as its exclusive manufacturing/integration partner for the USA and Canada.